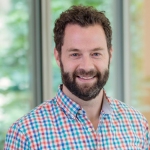 As a leader of Holland & Hart’s Food, Beverage, and Consumer Products industry group, Chuck has sophisticated experience working with entrepreneurs and nascent companies in the food, beverage, and consumer products spaces. He helps investment funds and growth-oriented clients determine the best way to reach their personal and corporate objectives – from initial formation and financing, through growth stages, culminating in a sale or other exit strategy.

Chuck’s philosophy toward his legal practice is that clients should be viewed as trusted partners, rather than transactions. He seeks to contribute real value to the emerging businesses he works with and support them in their growth. To that end, he has served as a mentor or judge in dozens of consumer-facing incubators and pitch competitions, such as ExpoEast, Naturally Boulder, and FoodBytes! by Rabobank.

Trusted deal advisor  Chuck represents clients in financings, mergers, acquisitions, and divestitures. He has represented funds and brands in over a hundred consumer products financing and M&A transactions and strives to be a practical, business-minded advisor.

Investment banking: Throughout his career, Mike has served the both public and private middle-market businesses with a broad array of strategic financial advisory services, including capital formation, with primary focus on merger and acquisition advisory services. Mike has completed 100 transactions over the course of his career in excess of $4.0 billion in transaction value. Mike was a co-Founder of St. Charles Capital (“SCC”), a leading M&A boutique headquartered in Denver.  Mike served as the firm’s President from 2007 to 2014 growing the firm to 25 investment bankers while being the firm’s leading producer.  Mike led the sale of SCC to KPMG in 2014.  At KPMG, Mike was the Global Head of TMT (“Technology, Media and Telecom”) M&A with a dedicated team of 200 investment bankers focusing on middle-market TMT M&A in over 80 countries. Mike retired from KPMG in August 2016.

Company and board advisory services: Mike currently serves as a Senior Advisor to CoorsTek, Inc., the global leader in advanced industrial ceramics with ~$1.0 billion in annual revenue.  Since 2003, Mike has been the lead advisor to CoorsTek advising on over $1.3 billion in transactions in helping to building the company to be the global market leader in advanced industrial ceramics.  Mike currently serves as lead director of the board of directors of a publicly traded company in the building materials market. In the past, Mike has served on eight for-profit boards, including 3 other public company boards.

Kay Henze is an accomplished business builder, independent director, and strategic advisor.  An expert in expanding businesses, she has worked for scale-up Fortune 15 companies, leading all aspects of business strategy and operations with profit and loss accountability ranging from $10M to $25B. Her deep knowledge in strategy development and execution, customer-centric marketing, digital transformation, and transformational leadership have made her a desirable advisor and leader. She currently serves as the CEO and Executive Director of the Blackstone Entrepreneurs Network (BEN) Colorado, where she has served as a lead advisor since 2016. BEN exists to strengthen Colorado’s growing scale-up ecosystem by connecting high-growth companies with successful entrepreneurs and community leaders.

Kay’s experience includes architecting the turnaround of a scaleup telecommunications solutions company, SectorSeven, through building a diverse set of strategic partners, which include three out of the four major US wireless carriers. Henze created the company’s first brand and digital identity, achieved environmentally responsible certifications, launched two new channels of distribution, and built a customer-centric culture across its twenty employees.  Kay’s inherent curiosity and her desire to always be learning have both been instrumental in creating growth strategies that have been successfully executed across diverse and geographically dispersed high-performing teams.

Kay’s career in telecommunications began with a small regional wireless provider, that through a series of mergers and acquisitions became the largest wireless provider in the country, Verizon. Throughout her twenty-plus year career, Henze was an innovator building new company structures, divisions, and partnerships. In her last nine years at Verizon, Kay was part of the top 300 company leaders serving as President of the Houston Gulf Coast Region, and CMO of the Northeast area where she led the company for sixteen consecutive quarters in revenue and customer loyalty.

Kay is passionate about giving back and paying it forward across her teams and the broader community, which has been recognized in a series of awards, but most notably in the success of her teammates. Currently, she serves on the Board of Directors for SectorSeven, is a member of the National Association of Corporate Directors and continues her long tradition of serving on community Boards through her involvement with KidsTek. In 2020, she was awarded “Community Member of the Year” by Silicon Flatirons.

She received her Bachelor’s from King College and most recently her Corporate Board Certification through Corporate Directors International and with a small team is in hot pursuit of Running the Year, 2020 miles in 2020.

BEN identifies promising Colorado-based companies across five industries (technology, health, aerospace, energy, and natural products) and provides guidance and meaningful connections to help these companies scale. With the help of our advisor network, BEN leverages expertise across a wide range of disciplines to connect and support our community members with valuable programming.

Chris has invested in over 200 early / growth stage businesses.   He currently sits on the board of directors of Foodmaven and Vinyl Me Please. He is a co-founder and former COO/CFO at Galvanize where he raised over $85 million of capital to support Galvanize’s growth and expansion from a concept to eight campuses with locations including San Francisco, New York, Seattle, Denver, Boulder, Phoenix and Austin.   Over 3,000 students have completed Galvanize’s software developer and data science training programs. Chris also co-founded and managed Galvanize Venture Fund I, LP. , where he led seed investments in 50+ companies (Rachio, Cloud Elements, Chowbotics, Jumpcloud, Cozy, etc.)

Prior to co-founding Galvanize, Chris was a partner with Appian Ventures where he worked with Ping Identity (acquired for ~$650 mm by Vista Equity Partners), mPay Gateway (acquired by Payspan), T3 Media, Tendril and Auctionpay (acquired by Global Payments).   Earlier in his career, he had the privilege of working with Broadbus Technologies (acquired by Motorola) and Datalogix (acquired by Oracle for $1.2 billion.) Chris is also an investor in Bullet Time Ventures (Uber, Sendgrid, Twilio, Simply Measured.)   He served on the board of directors of Spex and led the company through its recent sale / majority investment from J.S. Held.

Chris spent four years with LEK Consulting, an international strategy consulting boutique, before locating to Colorado. Chris speaks often about entrepreneurial finance at both Denver University’s Daniels College of Business and the Leeds College of Business at the University of Colorado, Boulder.  He is a current board member and the former President and Chairman of the Rocky Mountain Venture Capital Association, and is a co-founder of the Associates Board of Big Brothers Big Sisters of Colorado.

Previously, Derek was a Managing Director of Meritage Funds, a multi-stage private investment firm, which he joined in 2003. Derek led Meritage’s efforts to reposition itself as a growth-equity firm during the firm’s 2008 formation of Meritage Fund III. Derek was active in the firm’s sourcing and marketing efforts, originating a number of the firm’s investments, including EdgeConneX, Faction and Crisp Media. Previously, Derek held a number of operating and financial advisory positions in the TES segment, including CEO of IP Commerce and Vice President of NetLibrary. Derek’s prior experience also includes work as an investment banker with the Wallach Company and A.G. Edwards & Sons. Derek is a graduate of Indiana University and The Kellogg School of Management at Northwestern University, where he graduated with honors. 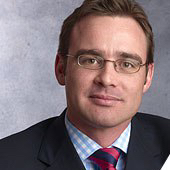 Ryan has been funding and supporting companies in the “early growth” stage for over 14 years. He is a Managing Partner at Iron Gate Capital (IGC) and leads the firms’ technology investment strategy.

He serves on the boards of Branded Online, Central Logic, HZO, Integrate.com, RemoteLock, and Liqid. He helps oversee IGC’s investment in Techstars Ventures and previously served on the boards of Acustream (acquired in 2018). He is the current co-chair of the RMVCA and was the founder and chairman of Starfish Greathearts Foundation in the USA, a global charity formed to help children orphaned through AIDS in South Africa.

Prior to joining IGC, Ryan was a Managing Director at a ~$700M VC/PE technology, media and network investment firm based in Denver. During this time he developed his investment thesis (which is focused on helping companies achieve and maintain sustainably high growth during their “early growth” stage), and his partnering philosophy (which is designed to optimize how investors and operating teams collaborate for success).

He lives in Boulder, CO with his wife, Lauren, and their two children. When not working with the IGC portfolio, he can be found somewhere in the Rockies riding his mountain bike, skiing, fishing, or hiking a trail.

Prior to co-founding First Hill, Jeff was a founding member and, later, Co-Head of the Cantor Fitzgerald Technology Investment Banking Group and served as lead banker on numerous transactions in the technology and healthcare IT sectors.  Prior to joining Cantor, Jeff was with Cascadia Capital where he was a member of the Management Committee and served as the lead banker on numerous mergers & acquisition, recapitalization and financing transactions across the Technology and Healthcare sectors. Before joining Cascadia, Jeff was with the Exigen Group where he led the firm’s corporate development efforts, as well as with Piper Jaffray as an Associate in the Technology Investment Banking Group in Palo Alto, CA.

Alison Wistner currently serves as Venture Partner at Signal Peak Ventures, a venture capital fund that invests in leading technology companies across the country. Previously she was Chief Executive Officer at Upwell Health, a digital healthcare services provider focused on helping people with chronic conditions, and was responsible for UpWell’s corporate strategy and operational leadership. She has a broad range of investment and Board experience in venture capital and growth equity, having focused primarily on investing in technology, tech-enables services, healthcare services and HCIT companies. Prior to joining UpWell, Alison was Managing Director at Mercato Partners, a private equity firm managing $450M focused on growth stage technology companies. She was also principal at Prospector Equity Capital (PEC), CFO of Zane Benefits (dba PeopleKeep), vice president at Hunter Capital, and a financial analyst for NationsBanc Montgomery Securities. She was named a ‘Top 40 Under Forty’ by Utah Business magazine and received the Trailblazer Award from the Women Tech Council. Alison holds a BS in finance from the University of North Carolina at Chapel Hill, where she was a collegiate diver.